Canberra and the wedding 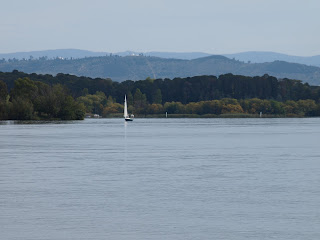 My first stop was Canberra. Made contact with a few old friends which is the most enjoyable part of visiting old haunts. I did a fair bit of jogging, getting up early in the morning as I was still suffering from jet lag! I enjoyed jogging along the pathways near the lake, which forms a central part of life in Canberra. 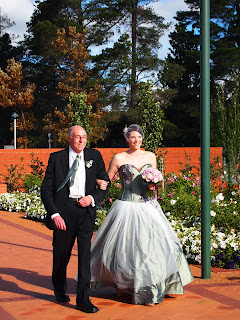 The wedding was fabulous. Here is Rhonda with a very proud Dad! Everything went like clockwork - one of the smoothest weddings I have ever been to. Rhonda and Shannon were obviously very much in love, and had no problems expressing this to the world. It was lovely to see and to feel included. Rhonda's dress was so unusual, and I loved the fact that the flowers sewn on the dress where from her mum's wedding dress. 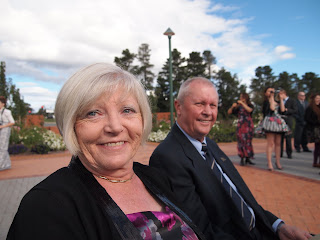 I regret that I didn't take more photos at the wedding. At the time I thought that the official photographer would take better photos than I could and that there was no 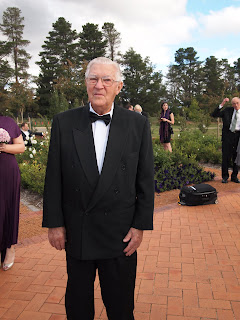 point in duplicating. But I should have thought that the official photographer won't be interested in the same people that I am. So here are a couple of shots of people that I did take: Toppie, my ex-father-in-law, and Graham and Jane, very good friends who I haven't seen for a very long time.