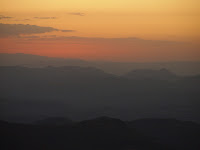 The Cliff Edge Hotel lived up to its name and the views were wonderful.   This photo is sunset from my room.  It was a very acceptable hotel.
Brand new and the developer had been advised by someone who understand Western requirements!  Which translated into clean beds, lots of hot water immediately available, and working toilets!!  Sheer luxury.  http://cliffedgehotel-lalibela.com/

The restaurant wasn't finished and we had to eat meals, other than breakfast elsewhere.     Well, this wasn't a hardship as we had already spotted this strange looking building perched on a hilltop and had debated as to what it was.   A restaurant, managed by a Scottish lady?  Well, we were game for anything, and I have to say the food was really good.  And the views were stupendous!  www.benabeba.com 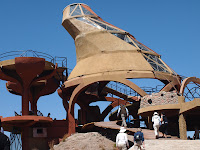 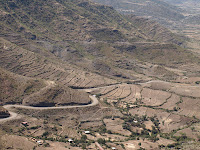 Lalibela is one of the holiest cities in Ethiopia.    There are no mosques in the city.   King Lalibela was born in the second half of the 12th century.  Apparently he visited Jerusalem and when it was captured by the Muslims, he decided to build his own Jerusalem, and hence these amazing churches.   Legend says they were built by men during the day and then by angels during the night.  It's hard to appreciate the extent of the churches because so much is underground and you wander through a labyrinth of tunnels and narrow passageways,  with offset crypts, grottoes and galleries connecting them.   These photos really don't do it justice.   It's once of those places that you have to go to. 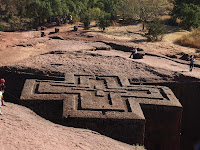 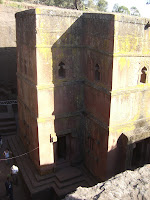 This is the church of St George - of course, St George is just everywhere!!
It's the most famous picture of the churches. The northern group of churches consist of Bete Medhanialem, Bete Mariam, Bete Meskel, Bete Denagl, Bete Gologotamichal and Betemichael. 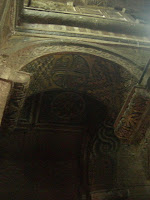 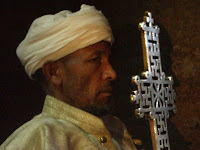