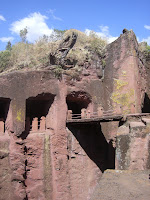 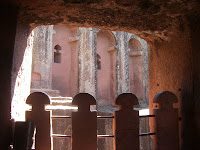 Our guide said we had a choice of getting to Bete Libanos by heaven or by hell.  Hell was the tunnel.  As some of our party suffered from claustrophobia, we went via heaven! 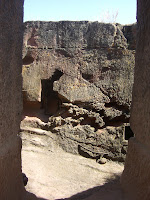 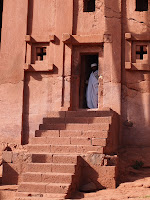 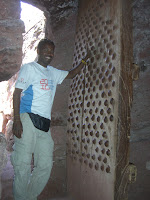 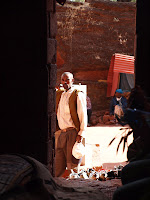 Again it was difficult to capture the majesty and size of these churches in a photo!

On the left is a photo of our 'shoe wallah'!   We were very grateful he was there to look after our shoes and move them from where we entered to where we exited! 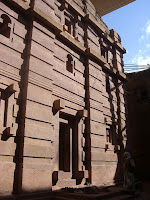 It was getting quieter and quieter around the churches, as everyone started to prepare for the end of the Timkat Festival.   What we had seen beginning in Gondar was about to end in Lalibela, and it was time for us to head off to the final ceremony along with everyone else. 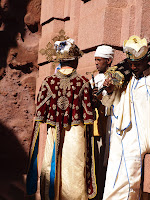 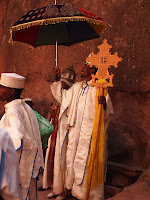